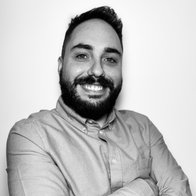 My postdoctoral research activity in the Behavioural Neuroscience Laboratory at Lund University is mainly focused on developing and characterizing a novel neurodegenerative model of Parkinson’s Disease.

My primary goal is the development and characterization of a “close-to-reality” model of Parkinson’s disease that shows the typical clinical disease hallmarks, as slow but stable and progressive loss of dopaminergic neurons in the substantia nigra pars compacta, with related motor and cognitive behavioural deficits. A good and reliable model of Parkinson’s disease is essential for understanding disease progression as well as for investigating new therapeutic approaches (e.g. pharmacological therapy and cells replacement therapy).

To do so, I currently work on a novel rat model based on unilateral viral overexpression of alpha synuclein - a protein known to have key functions in the development and progression of the disease. To assess the degree of neurodegeneration produced by alpha synuclein overexpression, I use a battery of simple and complex motor (cylinder, stepping, corridor), cognitive (operant chambers, place preference) and pharmacological (amphetamine, apomorphine induce rotations) tests. In addition, I use electrochemical techniques for in vivo detection of dopamine neurotransmitter in the brain of anesthetised animals; the use of such technique is extremely interesting for a correlation between behavioural results obtained in vivo, and post-mortem analysis obtained using histological (e.g. immunohistochemistry and immunofluorescence) and molecular biology techniques (e.g. proteins and genes expression quantification).

Another project I am also involved in focuses on the use of optogenetic to selectively stimulate/inhibit release of dopamine from dopaminergic cells in anesthetised and awaken rats. So far, we have been able to stimulate release of dopamine in anesthetised rats, and preliminary results clearly showed that we can use the same approach also in awaken animals that are performing simple and complex behavioural tasks, thus influencing their behavioural outcome. In next experiments, after transplantation of cells (e.g. foetal cells) in Parkinson’s disease neurodegenerative rat models, we will use optogenetic to selectively target and manipulate activity of grafted cells for better understanding graft’s functionality and regenerative efficacy, as well as mechanisms behind graft induced recovery.